Question. Is it at all possible to reconcile the autonomous (and fundamentally capitalist) spirit of free enterprise with the building of a global social project, that from the very moment of its inception frames the world holistically? Is it conceivable for profit-based action and the radically altruistic spirit which inspires NPOs  to coexist, develop together, or even enhance one another? This is the colossal ambition of the Hive Global Leaders Program in San Francisco, and a question I believe I am now able to answer— just as the curtain closes on the 8th Hive conference.

The Hive project carefully reviews and selects candidates from the most diverse professional backgrounds: entrepreneurs, yoga teachers, financial consultants, municipal workers, architects, astronauts,  CEOs of multimillion dollar companies, data analysts, media personalities, neuroscientists, boxing athletes, political advisors, Olympic champions, writers, social entrepreneurs, robotics engineers, Harvard graduates. A micro-community is thus fostered on the basis of the widest possible diversity, in terms of nationalities, gender and age. The May 2016 program gathered 148 participants equally distributed between men and women, selected from a pool of over 3,000 applicants and 40 countries, and with an age range that spanned from 23 to 72 years. Common denominator: a professed (or timid) desire to change and shape the future of the world and humanity into something better.

Such a mission may appear too sweepingly general, a little bit cliché, perhaps even vacuous: just nice-sounding words: I will grudgingly admit, this was one of my initial personal perplexities. The reality of the experience proved me wrong: at the core of the Hive project is a genuine intention to create a better world and solve humanity’s greatest challenges, and this mission permeates every single message expressed, every single lesson imparted, with absolute seriousness and a flawless consistency, from the first instant of the three and a half days that make up the Hive journey to the closing ceremony, and beyond.  Propelled by the insatiable curiosity that characterises me, and finding myself at a professional crossroads, I decided to momentarily cast aside my concerns and silence the inner voice that mockingly whispered to me “oh come on, what is all this?” And that is how I packed my bags and left Rome for San Francisco.

Hive: the What and the How

The Hive Global Leaders Program was conceived and built by Adam Pumm (CEO) and Ryan Allis (Co-Founder and Chairman— and a young entrepreneur who can boast a staggering resume, from starting and leading iContact in 2003, until its sale to Vocus in 2012 for $170M, to working as Co-Chairperson of Technology for Obama during the 2012 Presidential Campaign, to advising the United Nations Foundation on technology and marketing, to holding office as President and Co-Founder of Connect from 2013 to date). The first Hive edition kicked off in January 2014, has received over 8 thousand applications from 125 countries and now counts over 800 “graduate” leaders, that are listed in an Online Directory which grows longer after each event. The teaching experience unfolds over three days, preceded by an introductive evening session of ice-breaking and of splitting up into small working groups of 7 persons, under the leadership of a veteran Hiver. The latter is usually a graduate Hiver from one of the preceding editions, who has voluntarily come back to contribute to the furthering of the Hive project. The various activities (save for the meditation walk and a couple of dinners downtown) took place at Impact Hub, a co-working space nestled inside the San Francisco Chronicle building, which is located in the downtown area known as the Mission District. Workshops, seminars, lessons and meals were shared in a fully immersive journey that spanned early morning to late evening, and the details of which were revealed to us only step by step, to keep us more firmly rooted in the immediate present.

The Hive Global Leaders Program draws its content from several prestigious institutions (its curriculum is inspired by the Harvard Business School MBA, the Singularity University Executive Program, the Stanford d.school, the Harvard Graduate Student Leadership Institute, Ashoka, and by the work of Tom Chi, Google X pioneer) as well as from several renowned community and self-discovery workshops typical of the Californian West Coast. The program offered is therefore highly innovative: it is based on the synergistic deployment of idealistic intellectual and behavioural attitudes applied to the realm of business, innovation and entrepreneurship.

So on the one hand, participants will acquire very tangible and useful entrepreneurial and business development tools: rapid prototyping, iteration and reiteration techniques, design methods, analysis plus subsequent short, medium and long-term planning. On the other hand and perhaps more importantly, the Hive program aims to restore a lost sense of human belonging, arguably the unfortunate by-product of technological and material advancement. The primordial tribe spirit is regenerated by way of special exercises involving thought exploration and play. Courageous acts of collectively and often painfully shared introspection; the exploration of mutual trust through connection games– that could sometimes be downright embarrassing at first impact, but soon became powerful channels of liberation; the contemplation of, and listening to, one another; the energy generated by prolonged hugs as a basic and fundamental gesture of human reconnect; the fostering of physical awareness and mindfulness through gentle yoga, breathing and meditation; and not least, the individual and group energy unleashed through the joyous spontaneity of dance, were all processes that regenerated social connection at a profoundly intuitive and sentimental level. Thus was woven, thread by thread, the tapestry of a renewed community, grounded in feeling, awareness and wholeness— to the point of re-focussing (or even redefining) purpose and meaning for each attendee at Hive. We found ourselves going back to certain long-forgotten questions of our childhood like: “Why was I born? What is my purpose in life? What can I contribute to the world with my sisters and brothers?” as the quest to rediscover the wonder of creation began for some, or continued for others.

I can attest to the fact that the Hive initiative averts the potential risk of becoming a surreal and floating excursion into collective daydream, because it is robustly anchored in tangible action. Moreover, it is endorsed by the presence and participation  of objectively extraordinary world class leaders and speakers. We had the immense privilege to listen to, and work with, Tom Chi (inventor, leader, coach and speaker with a prominent history at Microsoft, Yahoo, and Google X), Nipun Mehta (celebrated advocate of “giftivism” and winner of numerous awards in the domain of public service and humanitarian undertakings, founder of Service Space, a global ecosystem that works at the intersection between volunteering, technology and gift-economy), Lynne Twist (global visionary who has dedicated over 40 years of her life to fight poverty and hunger in the world, founder of the Panchamama Alliance and author of “The Soul of Money”), Christopher Ategeka (founder of Rides for Lives and co-founder of Privail, nominated in 2014 for the “Forbes 30 under 30” list of Social Entrepreneurs who are changing the world), Amber Rae (catalyst for social movement, creator of The World We Want, a global project for public art).

Ryan Allis and his team’s vision has been inspired by the coordinated behaviour of bees (hence the name “Hive”), and by the modularity and scalability of the hive structure itself: the community starts as a unit, according to a model that can potentially be replicated ad infinitum through a self-generating force, until all communities on earth could ultimately reconfigure themselves into an integrated system of support and collaboration. The long term project of Hive is therefore to build a world where creative power is derived from the mindful joint effort of diverse individuals, where each player is enabled to contribute his or her specific and unique talent in a system that embraces diversity and fusion. Because “talent is universal, opportunity is not”. In the future, Hive envisages the construction of especially designed hubs or Hive Houses, ideally immersed in inspiring natural settings, to host its communities for work, play and perhaps even living.

Hive’s unusual and innovative mix of self-empowerment and intent to change the world by collectively and holistically joining forces seemed to find its echo in the streets of San Francisco on those last days of May as, quite coincidentally, I observed many people, regardless of age, colour or background wearing the yellow Golden State Warriors T-shirts that proclaimed in large blue letters “Strength in Numbers” in that period of the NBA finals. Such a potent and praiseworthy endeavour as Hive will perhaps inevitably arouse perplexity or even animosity: when I first did my research about Hive to decide whether I was interested in applying, I came across a venomous article on Valleywag (a Silicon Vally news and gossip site, fittingly decommissioned since 2015) that I have in my heart renamed the “Valleywag slag” because it passed judgement of intentions before the first edition of Hive was even launched. Today, after my personal journey through the Hive experience, I feel confident about saying that  the accusations I read about Hive were tendentious, far-fetched and misconceived and that perhaps every truly ground-shaking, revolutionary venture will inevitably have its enemies. One issue that also bothered me for a while was the paradox between the exclusivity of access to the Hive program, and its long-term global and democratic mission. During my three days at Hive I repeatedly struggled with this question mark, and I think I have since found the answer. In order for such a great change to sweep through our current socio-economic construct, and to generate the necessary momentum that will trigger exponential growth, it is perhaps necessary to begin with those who are already strong, to give them the tools to help those who are less so. Thus step by step we will be able to shape a new world where each individual talent will find its deserved opportunity of expression. In order to fathom the actual social and economic impact generated by the Hive Global Leaders Program, we will have to wait to see what crops will be yielded: time will tell. But I strongly believe that Hive will withstand the test of time. Because what one comes away with, forever embedded in mind, heart and body, is a very solid and memorable feeling of unleashed energy through togetherness, through a shift in mindset, and through the direct experience of power through trust. My feeling is that we are only at the beginning of a lifelong journey, and that Hive has gifted us with priceless travelling companions that will sustain us along our way.

Listen to the Podcast recorded live during Hive8 by one of the attendees. 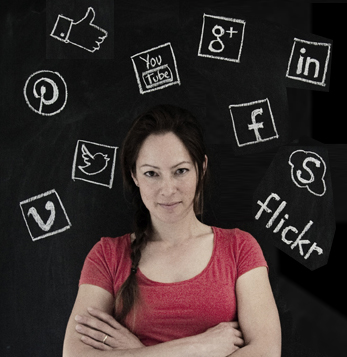 Rachel Hentsch Spadafora, aged 45, is an architect, University of Cambridge graduate, Università La Sapienza of Roma graduate, who has a very wide spectrum of professional experience that spans from architectural work to business development, PR, interpreting work, writing and experience in television production. She was selected from amongst more than 850 applicants to attend the MIT Global Entrepreneurship Bootcamp in Seoul in March 2016. Since 2014 Rachel has been working as Business Developer on an Italian startup in the field of the sharing economy. Her skills include fluency in 5 languages: English, Italian, French, German and Mandarin. She has been married since 24 years, has 5 children and has always loved to be offbeat and to tackle “impossible” challenges. She is a passionate motorcyclist and holds the title of Lady Enduro Regional Champion 2015.