Searching for the hub of South East Asia and the Far East. Is this Singapore?

The Far East is the first leg of my trip around the world in search and discovery of the most significant hubs for startups and the early stage venture capital market.

In the last couple of years (as co-founder and MD of the angel group Italian Angels for Growth) I observed a clear trend of entrepreneurs and resources moving everywhere they could have better chances of success. And I observed a convergence of these resources towards certain hubs, in Europe and US. I was therefore curious to know what was going on in Asia in terms of hubs of the early stage venture capital sector. So I came here first, when I decided to leave my operative role as MD of IAG and take a break.

The first stop of my Asia trip is Singapore. I heard a lot about what was going on here, especially for the very active intervention of the local government to stimulate the startups ecosystem, but I never thought to find such a vibrant market. I arrived and I had just a few contacts with investors and startups and only 3 full days of work to try to get a glance of what is happening here and who’s who.

Singapore turned to be a very easy city. Easy to know where to go, how and what to do. For our ecosystem there is a master address: block 71, Ayer Rajah Crescent. My first meeting of the first day was there and then I realized that 50% of the people I should have spoken to were in that building. Startups, investors, incubators were all there. So, from one meeting to another through word of mouth and email introductions, I was able to have 15 different meetings with various players in 3 days and I have already a full agenda for my next and last day in Singapore I will spend the next 29th of April. And it has been not difficult to understand how things are going on in the sector.

The best guide to the startup ecosystem here and to the articulated scheme of incentives of the local government is the famous “Meng’s Map of the Money”, a one page chart created by Wong Meng, the eclectic founder of the most renowned accelerator program in Singapore JFDI (The Joyful Frog Digital Incubator). Basically the Singapore government has identified 3 different schemes of support to attract startups and investors here and help them to get the necessary funding to develop their product, startup the activities and bootstrap.

The first one is a grant scheme called Ijam (see the Map and related websites) where the government gives 50k in Singapore $ (0.8 to US$ and 0.58 to €) and then 100k more if certain KPI are met, coupled with the investment of certain recognized Incubator-Investors putting 5k $ at the first round and 100k $ at the second.

Then there is a convertible note scheme of 500k $ linked to the investment of 88k by recognized incubators and venture capital funds (the NRF TIS scheme). The last scheme is a fund of funds activity where 5 funds have received 10 mil $ each having raised another 10 mil from private sources. Another similar scheme will be launched in June. 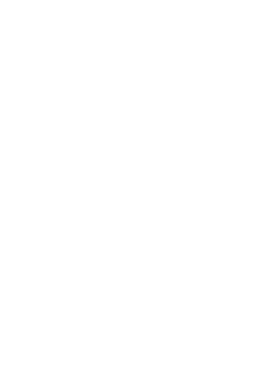 This easy availability of cash to startup companies has attracted, to the city-country of 6 millions people, entrepreneurs, startups and investors who understood they could easily raise money and leverage that with the government support and money. Clear examples of this phenomenon are the two Italian startups I met in these days, Joinmethere (a video contest platform, the COO Giuseppe Tedeschi) and Crowdonomic (a crowfunding platform focalized on the B2B corporate sector, CEO Nicola Castelnuovo) which both received money here from international investors. The ecosystem is still young, it basically started 5 years ago, but the early stage area is quite developed and articulated with a good number of operators and startups. You need just one day and 300 $ to setup a company, company taxes are at 17% and there is no tax on capital gain. There are 3 local universities in town (NUS, SMU and NTU) and some business schools, like Insead, have put here their international base, organizing events for the ecosystem like the Echelon conference I attended and which was full of young startuppers. The local government has a clear strategy for this sector, they want to become the Hub  and the gate for the South East Asia markets, the place where you test the product with the market to then attack the neighboring countries with huge and growing markets (more than 0,5 bil population in total) like Indonesia (250 mil people), Malaysia (30 mil), Thailand (70), Philippines (100), Vietnam (90) and the rest of mekong area.

The market dimension for venture capital investment is between 100 and 200 mil $ invested per year (there are not yet official figures, thanks to Douglas Abrams and Germaine Inez of Expara IDM Ventures for all the info and their study), 90 mil invested only in the early stage phase regulated by the 3 schemes with approx. 265 companies invested in 2013.

The 2 biggest challenges Singapore seams to be facing at the moment are a) developing the Series A-B rounds arena and attracting-developing bigger funds (we have got similar issues back in Europe…) and b) demonstrating that startups can test their products, develop the right business model in Singapore and are then able to conquer from there the very different neighboring markets, the ones that have the great market potential.

Despite the youth of the sector in Singapore there are already some champions success stories like Viki, a streaming video platform that crowdsources translated subtitles, which was acquired by the Japanese Rakuten Group 5 months ago for 200 mil $.

To sum up with Singapore we could open a debate if government incentives do well to the sector or are only a drug. I believe a lot that the best money is the private money and most of all the smart money. The reality of worldwide experiences in the last decades is that, with the exception of US, most of the other ecosystems grew up with a strong help from the public sector. Creating an articulated ecosystem for early stage vc and startups is quite difficult and it takes a lot of time. Singapore thought that the public intervention could help and facilitate this and I believe it can, if adequately thought and developed. Another potential hub like Hong Kong seems to have taken a different approach (more hands off style). We will see who will win and if there is space for more than one hub in this part of the world. Stay tuned. Next time we will talk about Hong Kong, China and Tokyo.

Lorenzo Franchini is an Italian angel investor and entrepreneur, who co-founded IAG, the main Italian angel group. Last February he left his operative role as MD in IAG and began a long trip around the world for the discovery of the best emerging hub and ecosystem for startups. He will be posting on Startupbusiness about this issue.