The runners up part 2, Berlin, the last of the International Startup Hubs Grand Tour

Last week, in my article “The runners up, NYC and Berlin are making a big noise to attract the best startups. Should SF and London worry? Part 1 (NYC)” I shared my thoughts with respect to the New York startups ecosystem, postponing to a subsequent article to tell about the young and bubbling European startups hub: Berlin. The German capital has been the last leg in my travelling during most of 2014, across the world, to discover or know better the most important startups ecosystems. What I called “International Startup Hubs Grand Tour” brought me to Singapore, Hong Kong, Shangai, Tokio, San Francisco with the Bay Area, London and NYC, before Berlin.

Compared to NYC Berlin is a different city with a very different history but there you can breathe a similar air and excitement of a place where things are happening and people are building daily the future of Europe. We know the history of the city and everything started back in 1989…but startup wise most of the big wave started with the Samwer brothers, who established in 2007 the company builder Rocket Internet in Berlin, after having founded and sold Alando to Ebay and Citydeal to Groupon. After them other company builders started, like Team Europe in 2010, with the successful Delivery Hero or Project A, born from former managers of Rocket Internet itself. The “Samwer brothers effect” was to put into the market many smart managers/executors/new entrepreneurs who had seen how to do it and made it and were ager to build there own startup and make it big.

Before coming to Berlin, talking to some investors in the Valley or London many times the big weakness of Berlin came out. Berlin has no industrial backbone, no history in most of the relevant tech sectors except for media. “There is a lack of corporate counterparts and of talents to be a long lasting hub in the tech space… it’s a bubble and will vanish….” instead more and more young and smart talents, technicians, software developers and entrepreneur are coming here from everywhere in Europe and especially from eastern and southern Europe, but also from US…

And what is the USP (Unique Selling Proposition) of Berlin for talents and startups?? Lower running and life cost… which can be everything for them, i.e. more time and life and higher competitiveness.

You can rent a resident desk in a co-working space in Berlin for 200€ a month or lower, while in London is at least the double. The difference in cost can reach 20-30% less to hire Junior and Senior developers, but if you need to rent a proper office, let’s say 130 sqm, for your growing company, or you want to rent a one bedroom apartment for living the cost in London can go up to 4-5 times the cost in Berlin and this can make a huge difference in the time and money you need to make it happen or not.

And Berlin is the only international hub that has such a low level of cost of living and running a company. The cost here is a fraction compared to those of the competitors San Francisco, London, New York and Singapore.

The lifestyle of the city is definitively more young, open and alternative then any other hub. Berlin is actually a real melting pot. Every day new young talents are coming and more and more success stories (i.e. Shopkick, Delivery Hero, Zanox, Wimdu, Soundcloud…) are generating a bigger and bigger pool of talents and serial entrepreneurs.

More and more international VC are opening an office here (Partech and E-ventures just to mention a couple of them I met during my trip) and all the top tier US and European VC are coming here on a regular basis and have been investing for some years in Berlin based companies. On the other side the resource market for later stage companies is not that buoyant. Hiring more senior people and getting development capital is not that easy. The Series B crunch is tangible there too. If you need to raise 5-10 mil € there are not that many funds you can go to and the investment figures that came out for H1 2014 of 285 mil € for Germany (down 30% vs H1 2013 but in line with H2 and with 2012) are not that low but not even incredibly high especially if you take out the Rocket Internet investments.

Despite this I found an interesting element of innovation on the investment side. The crisis of the tipical VC Fund model, giving low return, low flexibility and high cost to the LPs, is often said to be overtaken with more flexible structures like for example the pledge funds’ (money is not committed front end, investment decision is made by the LPs and costs are lower and more flexible). I was stricken by how frequently this model is actually applied in Berlin with various interesting examples like Redstone Digital and, with some variations to the model, like B to V and Rheingau Founders (also a company builder).

Berlin has been my last mission for 2014. 100 days around the VC world with 120 one to one meetings with actors of the early stage tech sector from Asia to US and Europe.

The assumptions of the tour were that entrepreneurs had broken the geographical boundaries and were going into some specific places, the international startup hubs. As an investor I was curious to know much more about these hubs and how could I add value to entrepreneurs in this process. In my “Grand Tour” Tel Aviv is probably the one missing between the main international hubs.

Nowadays a great part of the startups worldwide have a global competition. It is crucial for them to be located, some times very early in the company development, in one of those network hubs where resources are more easily available.

Talents, business partners, customers, investment and company buyers are all very important for the success of a startup but unfortunately these resources are not available everywhere in the same way. Despite the development of the Internet and the new communication technologies people still need and want to meet to create strong business relations. It still makes a difference to be able to contact a CEO, CTO or CMO of a company and being able to meet her-him for a coffee the following day, at the bar down the road instead of needing to take a plane or through a skype call (a good lateral reading on the subject is “The New Geography of Jobs” by Enrico Moretti).

At the same time I believe that there is not one destination and one development model that works better for all the companies, i.e. a company operating in the fintech space should probably look at London or NYC as the best options to move to, in relation to the strategic importance in the medium term of the European or the US markets, while another company in IOT space or more hard tech business should look at SF and the Bay area as a better destination.

If you are in the health tech space and think Asia is a great opportunity, maybe Singapore is the best choice. Instead if you think is crucial having low running cost for your company / business sector maybe Berlin is the best destination. If you are from the south of Europe and feel your team and company is not mature enough for an intercontinental move to US maybe London and Berlin are the best options and so on.

One of my conclusions for sure is that nowadays, most of the times staying still in a peripheral market is not an option anymore.

Lorenzo Franchini is an Italian angel investor and entrepreneur, who co-founded IAG, the main Italian angel group. Last February he left his operative role as MD in IAG and began a long trip around the world for the discovery of the best emerging hub and ecosystem for startups. He shared on Startupbusiness his thoughts about this issue. 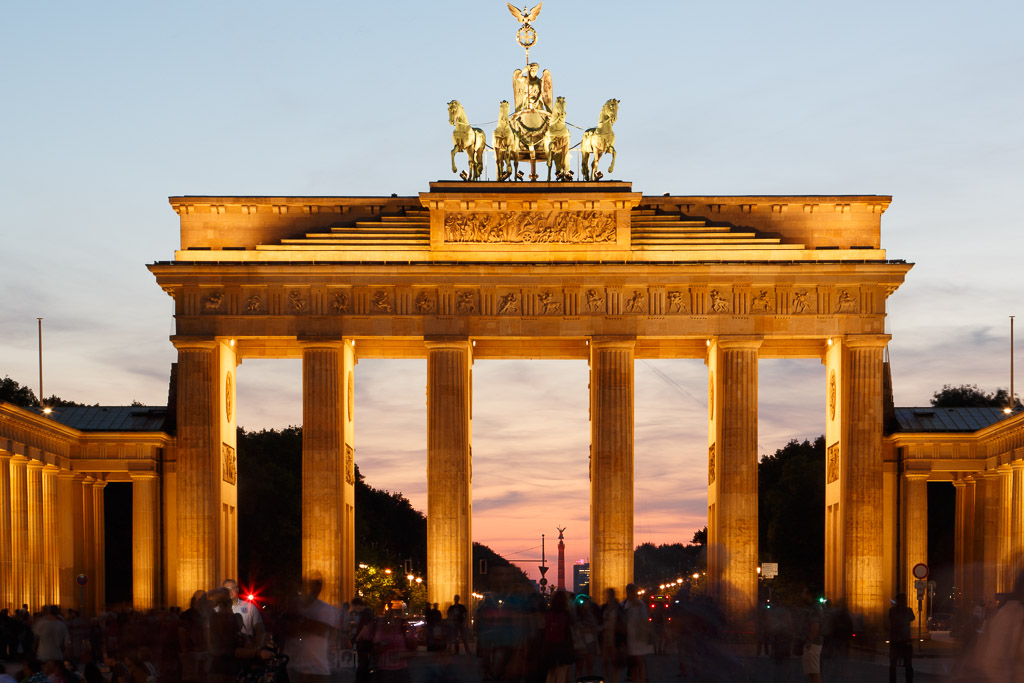