Dual companies, what is meant and which is the impact in Europe

In Europe, one in seven European scaleups moves its headquarters abroad together with part of its activities, usually marketing and sales.

This is one of the findings of research by Startup Europe Partnership (SEP), carried out by Mind The Bridge in collaboration with Wilson Sonsini Goodrich & Rosati, and presented yesterday in London at the event “Dual Companies: How and Why European Scaleups Expand to the US”

In fact, they are expanding rather than moving. These companies maintain a strong operating presence in their home country, where they carry out activities like R&D. At least in a first phase, the model that seems to be recurring envisages one of the founders moving to another country together with a sales team that can develop the new market.

Companies with these characteristics are labelled “Dual Companies”. They raise approximately 30% more capital than scaleups that raise only through domestic investors. In Italy, 16% of the scaleups has chosen the dual model, raising 23% of the total capital raised by Italian scaleups, a number which is higher than the European average (17%).

What are the top destinations? 82% of the European scaleups considered in the research has selected the US for their HQs abroad. Of these, more than half opened an office in the Silicon Valley and a fourth of them opened in New York. 9% selected London. Spain seems to be drawing increasingly more interest, while no scaleups have chosen Israel, according to SEP data, despite being considered a global tech hub.

As Daniel Glazer, partner at Wilson Sonsini Goodrich & Rosati, simply puts it: “there may be no better place than Europe to start a tech company, and no better place to which to expand than the US”. 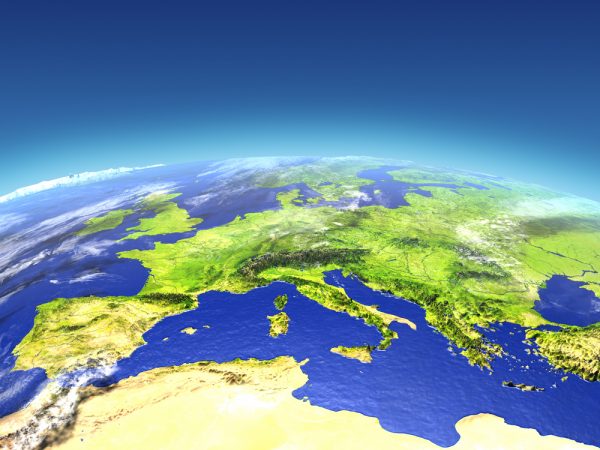 European startups should not feel pressure to emigrate in search of early-stage investment. European investors are well equipped to respond to the need for capital in the early stages of development.

The first difficulties arise with the need for growth capital to support the pace required by international expansion. The scarcity of later-stage capital pushes companies to look for resources outside of the EU, namely in the US, where the availability of growth capital is 14 times higher.

The average size of VC funds plays a critical role: European funds average 60 million US$, about half the size of their American peers. In addition, the European IPO market (Initial public offering, listing on the Stock Exchange, ndr) is still very limited, with only 2% of scaleups listed.

Size of the Market

American companies thrive on the size of their domestic market. Conversely, despite efforts to create a European single market, differences in language, culture, fiscal regime and sometimes currency mean that European scaleups make separate investments for each market they penetrate.

A presence in the US grants access to a huge single market. However, this opportunity brings its own risks: the required investment is substantial and competition for both human and financial resources is fierce.

Implications for the Ecosystem

According to the SEP Report, the phenomenon of Dual Companies is most common in younger startup ecosystems like Italy and smaller countries like the Nordics.

There are a number of benefits: fuelled by international VC funds, Dual Companies grow faster, create employment opportunities in their home countries, reinvest their capital in Europe, internally and through the outsourcing of services, and serve as role models for entrepreneurs.

Dual Companies are an opportunity for Italy. As a young ecosystem, we could only benefit from international investor and corporate attention garnered by Italian companies. We should not look at this phenomenon as human and corporate drain, but rather as the establishment of a quality standard. Italy has a pool of talent that is constantly exported to the benefit of other economies. Breathing an international vibe into our borders contributes significantly to the growth of human capital, importing best practices learned in advanced ecosystems, implementing them at the domestic level and adapting them.

Here is the link to download the SEP Report: http://mindthebridge.com/research/