Girls in Tech Paris has just launched the 5th edition of Lady Pitch Night, the largest pan-European competition for female-founded startups. This event, organized in partnership with Orange, via their startup accelerator OrangeFab France, Raise and Criteo, aims to give more visibility to women entrepreneurs and to encourage diversity in the technological industry.

Girls in Tech Paris launched the first edition of the Lady Pitch Night in France in January 2011. In 2013, the event opened applications to all of Europe. In 2014, over 200 startups from 22 countries applied. Finalists from last year’s edition are Gemmyo (France), Cortechs (Ireland), Fojo.me (Croatia), Cocofarm (Bulgaria) and EasySize (Danemark), the winner – who automatically qualified for the startup competition of our partner LeWeb, where she won 2nd place. All our finalists were congratulated by our expert judges and speakers: Mike Butcher (TechCrunch), Reshma Sohoni (Seedcamp), Brenda O’Connell (Twitter), Joanna Shields (TechCityUK), Neelie Kroes (European Commission) et Sheryl Sandberg (Facebook).

This year, all tech startups (Internet, mobile, video games etc.) between 6 and 36 months old, with headquarters in Europe and with at least one woman in the founding team, can apply online until 31 July, 2015.

10 selected finalists will then be invited to Paris (travel paid by Girls in Tech) on October 7, 2015, to present their startup in front of panel of well-known judges that will include experts, investors and entrepreneurs, and an audience of 200 people.

All finalists will receive free tickets to all major conferences taking place in Europe. In 2014 Web Summit, LeWeb, TechCrunch Disrupt, The Next Web, DLD and The Europas all gave tickets to our finalists to promote and support female presence in Tech conferences.

The application form for startups is available here

About Girls in Tech

Girls in Tech is an international non-profit organization that seeks to give more visibility to women working in the tech and startup industry. The network was founded in 2007 by Adriana Gascoigne and counts over 40 chapters across all the continents. The French chapter was founded in 2010 by Mounia Rkha (ISAI) and Roxanne Varza (Microsoft). The French team has over 20 people and is also run by Sam Jerusalmy (Elaia Partners) and Audrey Soussan (Ventech). In Europe, Girls in Tech has 7 chapters: in France, the UK, Italy, Spain, Luxemburg, the Netherlands and Romania. 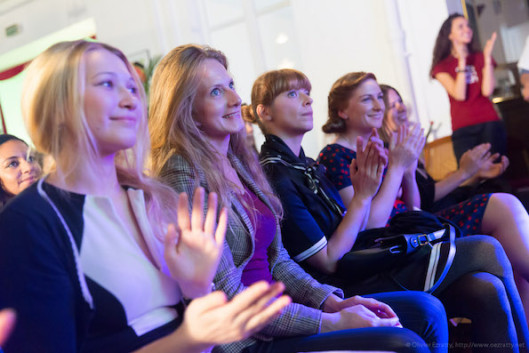 Doctors in Italy, ecco la telemedicina per i turisti