From Zhong An to Lemonade: up to now the 10 startups listed here raised really a lot of money from venture capital.

From Zhong An to Lemonade: up to now the 10 startups listed below raised really a lot of money from venture capital. The insurtech sector has just boomed, but already has its crown jewels, startups with a value equal to or above billion dollar.

By crossing CBInsights, Crunchbase and Venture Scanner data, the Italian site InsuranceUp made the ‘top ten of the most high-profile startup insurtech investments (updated April 20, 2017), all awarded by US startups, except for the first ZhongAn (Chinese) and the eighth, Bima ( Swedish). Here they are:

Chinese, currently operating in the domestic market (which as is well known is quite vast), is mainly supported by Alibaba. Founded in 2013, as the first online-only insurance, featuring the sale of policies exclusively via the web. In 2015, it achieved a unique $ 900 million investment with an appraisal of more than $ 8 billion, also based on the fact that the company already accounted for $ 4.1 million in 2014, offering over 200 insurance products, wth more than 3.6 billion policies subscribed by 369 million customers.

ZhongAn was created on the assumption that the whole value chain of insurance and user experience could be digitized. By leveraging cloud and bid data analytics, it has managed to develop a tremendous amount of insurance products for both companies and individuals, insuring traditional goods as well as new Internet-related risks; managing the entire process from purchasing to claims.

Among its investors are Morgan Stanley and China International Capital, but above all, Alibaba (through the subsidiary Ant Financial Services Group which is the main shareholder with 16% of the shares) and even Tencent Holdings, which is China’s leading internet giant , Alibaba rival. 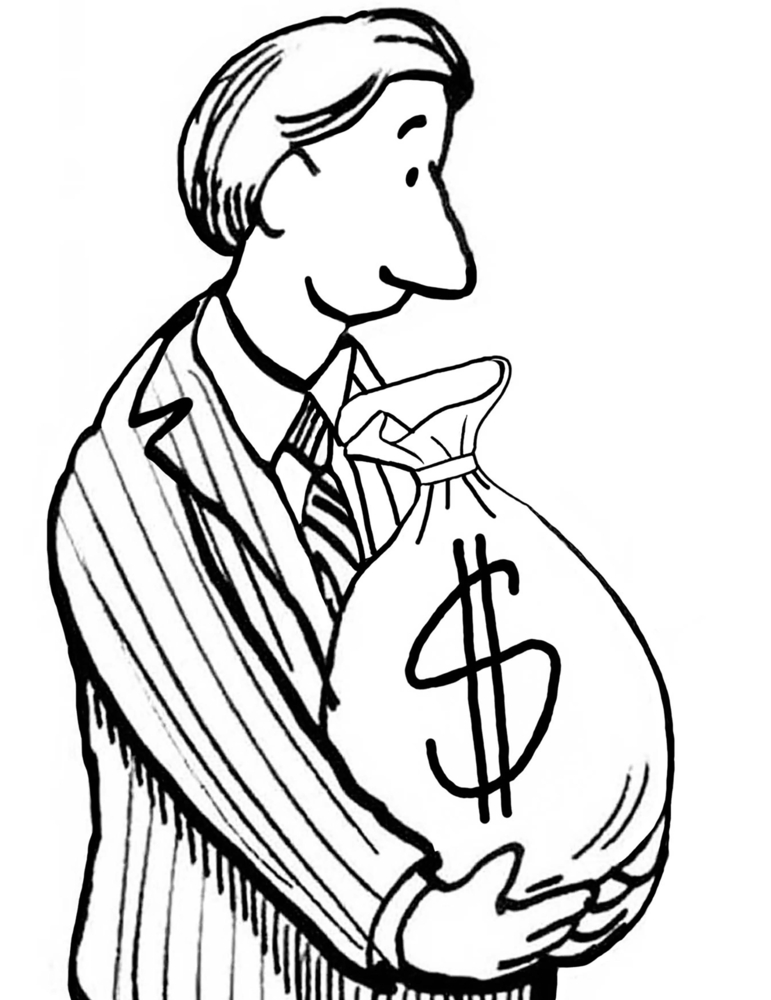 Founded in NY, taking advantage of the right moment created by ObamaCare (which somehow opened up the health and insurance market) is a new type of insurance company in b2c, addressing all private users who do not have health insurance coverage through the employment contract and that just fell within the Affordable Care Act featured by President Obama that has revolutionized the US health care system and is now being challenged by President Trump.  The startup can rest easy, since the funny thing is that its founder, along with Mario Schlosser, is Josh Kushner, brother of that Jared Kushner, Trump son in law, head of the Bureau of American Innovation at the White House.

Oscar has always sought to address the millennials not only by leveraging on technology and customer experience, but also by simplifying the approach to insurance with very simple plans, ease of use of the website, attention to the person and health. The main idea (guessed by the name) is that of the family doctor, communication is fresh, offering is clear: free checkups, tele mdical examination, specialist consultancy, very friendly mobile application for fast advice and drug searches.

Zenefits offers a SaaS solution to SMEs (US), enabling management of human resources, even from an insurance and benefits perspective, from a single platform, simplifying the whole management, relying on third parties for the effective delivery of many services, such as subscription policies. It basically provides free b2b software to manage human resources of companies, thereby gaining from fees of health insurances sold by brokers.

A very effective business model that allowed to gather $ 583 million in four different operations in 3 years (2013-2015), getting excited even big investors such as Andreessen Horowitz.

Last year there was a very critical moment for several reasons all attributable to the management of the company by its founder and CEO Parker Conrad, who was forced by investors to leave the company, the worst of which was to have allowed the use of his broker platform without regular license. In addition, startup was growing too fast, and is still undergoing restructuring.

Born in 2014, Clover Health has raised up to $ 295 million in four different investment rounds, involving some of the most well-known US investment funds, including Sequoia Capital, First Round and Greenoaks Capital, which led the latest collection (closed in May 2016) which resulted in $ 160 million.

Clover Health, referred to in this article, combines a data-driven approach with prevention focusing in particular on older and low-income users, proposing as a reference point for protecting the health of the person at the lowest cost. In particular, the company addresses those who are covered by Medicare Advantage, a federal program targeting over-65 and people with particular pathologies or disabilities, which allows the individual to choose a private insurance that covers health care, with the government paying premiums and compensation.

Even in the United States, aging populations are a pretty common problem: estimates say that the population over 65 is likely to double, reaching 88 million by 2050.

Californian startup introduces “per-mile insurance”, a model that allows great savings to those who own a car without using it often. Typically this happens to those who live in big cities, where it is preferable to travel by public transport, taxis, walking.  The costing for Metromile policies (which offer traditional coverage as damage to the vehicle, people, incidents, etc.) is based on the fact that the main risk factor for drivers is represented by how long the vehicle is on the road: the more the miles run, the greater the risks undergone. If we do not use the car, therefore, the risk of compensation for our insurance provider is reduced.

Metromile saves up to 40-50% for those who drive less than 5,000 miles a year (about 8,000 miles). But beware, Metromile measures miles with its own tool: Metromile Pulse. This is a small wireless device that the company sends to customers and is plugged into the vehicle’s on-board diagnostic (OBD) socket, a simple operation that does not require a technician’s intervention and will allow the mileage count, and even  more. The device is able to collect car data and connect with various types of apps available free of charge from Metromile, which can be downloaded on smartphone.

Californian start-up, founded in 2013 in San Mateo, has raised $ 119 million from a roster of investors in less than two years, including NEA, Founders Fund, Maverick Capital, Redpoint Ventures, RRE Ventures and Google Ventures. The company was born following the personal experience of its co-founder, Ali Diab, who has been denied reimbursement from his health insurance despite having risked life for an intestinal problem. Together with his  business partner, Rajaie Batniji, a physician and political economist at Stanford University, decided to create a startup to cover needs of companies which manage to handle hundreds of health insurance contracts, supporting them in choosing the best solutions available, to tailor employee practices, to answer their questions, and to monitor the general well-being of workers, based on data saved on its platform. Collective Health does not take on financial risk, indeed works in association with some American insurance companies such as Anthem and Blue Shield of California, using their network of doctors and hospitals. The challenge is to persuade companies that it is worth spending about $ 50 a month for each insured worker, in view of a number of simplifications in the management of insurance products.

We talked about Trov, also very recently, thanks to the last round of raised investment, which will be spent to make this startup the first global insurtech one.

Trov has conceived (since 2012) an absolutely innovative type of insurance policy, addressed in particular to millennials: On-demand policies to protect personal properties (computers, smartphones, TVs, bicycles, musical instruments, sports equipment, cameras, etc.) even for a short time. Policies that can be “started or stopped” by phone when needed, complaints can be managed in the same way, even with real-time chat.

Its business strategy is to collaborate with all the majors: In early April announced a new investment of about $ 45 million, led by Munich Re HSB Ventures, which also includes investors from previous rounds (including SunCorp Group, Australian company and Sompo Holdings, a Japanese company). Previously Trov had also raised substantial capital from Axa, the company through which he entered the UK market, while with SunCorp Group entered Australia. Now Munich Re, which had been partnering with Trov to support its launch in the US since September last year, will open to start-ups in many markets, especially European ones, while Sompo collaborates on entering Japan.

Launched in 2010, when the start-up phenomenon of the insurance industry had not boomed as it is today, BIMA immediately identified its precise micro insurance service, a business model and a reference market, gaining the trust of several investors which led to two substantial rounds of investment of over $ 60 million between 2014 and 2015; plus 16.8 million collected in 2017 (announced in April).

BIMA’s business model is rather complex: the company stays in partnership with mobile operators and insurance companies, basically bridging these two carriers to provide life, health and accident insurance via mobile phone. Operates in emerging markets by selling policies through mobile devices to over 24 million customers in Africa, Asia and South America, thanks to an army of flesh and bone agents.

Bright Health, co-founded in Minneapolis by an insurance industry veteran, former CEO of a rather large company like United Healthcare, is based on two pillars: big data and customer experience, which put together personalized policies.

The startup was founded with the idea of a customer-centric policy, tailored on customer’s habits and lifestyle.  Bright Health also wants to leverage on the experience of the user, offering them the opportunity to live with efficiency, simplicity and safety the care of their own health. Through an app that puts the patient in touch with the specialists for a visit or for having an online counseling.

Technology, product, and business model immediately persuaded the investors who offered the 80 million all along with the first investment round.

Lemonade is the most talked about among insurtech ones, including on InsuranceUp, for its various aspects and “records”, though in this rankings is the last.

Lemonade is a New York startup that had already been invested for around $ 26 million, 13 of which put at stake by Sequoia Capital, a US venture capital fund, which was the largest seed investment ever made. It also made a $ 34 million investment round, involving GV (Google Ventures) and General Catalyst. In total, the peer-to-peer insurance company has already raised 60 million in a year. (Actually, the company announced on April 24th a new investment involving Allianz whose amount has not been officially announced.)

Lemonade has impressed for several achievements in its first year: it’s probably the most advanced P2P insurance model, creating a customer experience that leverages on the most advanced technological frontiers of machine learning and chatbot and is the first insurance company worldwide to have obtained the certification of Benefit Corporation.

The startup has an outstanding customer experience that in a couple of minutes allows you to make a policy, eliminates all possible criticalities between insurance and customer, simplifies bureaucratic aspects (recently stated that claims are closed in just three seconds), reduces costs; Lemonade also transfer some of the figures earned in charity, and it is precisely in this aspect its P2P nature is highlighted: The application actually proposes “GIVEBACK” to customers, in a nutshell asks to appoint a charity when the policy is purchased. Then, premiums of people who choose the same “worthy cause” are grouped together creating a single fund covering claims. By the end of the year, money not used to pay compensation are given by Lemonade to the charity chosen by such group, as better explained in this post.