Lebanon has for years nurtured software and mobile applications start-ups, and now the Lebanese ecosystem aims to add a new focus on hardware

Word is spreading about the ambitious R&D and Semiconductor projects that are flourishing in Lebanon. Thanks to some Lebanese expats from California & Australia, the hardware industry started there ten years ago with relatively little support as compared to today, and could make some exciting breakthroughs (ATC- VLSI: Chip Design, OTN — first hardware exit in Lebanon, in 2011, two years before the 331 Central Bank Circular initiative that is specifically aimed to support the start-ups).

Beirut is considered an ideal place for investors per a CNN Money report pubished few years ago already described it as a vibrant locale of highly educated engineers (ranks 6th in Math & Science Globally — Source: World Economic Forum 2016). A city centered between Western and Eastern cultures, Beirut is a hub of innovation in the Mediterranean region and an oasis of peace with plenty of funds for promising projects, including a 75% guarantee on start-up loans. These loans are supported by a vision of the Central Bank for Lebanon which is based on the knowledge economy beyond the tourism sector that is a major source of income and employment, making up around 22% of the GDP in 2015 (USD 9.9 billion).

Lebanon has for years nurtured software and mobile applications start-ups, and now the Lebanese ecosystem aims to add another piece with a new focus on hardware to drive its next wave of industry growth, this being the presence of many local and international accelerator programs. However, the need for R&D centers and hardware academies is a must to feed the hardware ecosystem with the needed international and local skilled human resources.

Therefore, this is the right time for expats and international experts to take advantage of the momentum and come back to contribute to the Lebanese hardware wave that already attracted tier 1 customers such as Google, Cisco Systems, Intel, Dell, Foxcon, Teledyne Scientific, IBM, Juniper, Oracle, and more.

Moreover, international organizations are invited to benefit from the fiscal incentives (0% on corporate income taxes up to 10 years) and the abundant availability of motivated engineers who are eager for success, and from state of the art labs fed with a skilled workforce that’s fluent in many different languages (English, French, Arabic, Italian, Russian, Spanish, Portuguese & German). In addition, it offers access to greater Lebanon (sixteen million immigrants worldwide), and quick access to markets in the Middle East and North Africa (355 Million people). *German stated recently: Beirut is the Silicon Valley of the MENA region 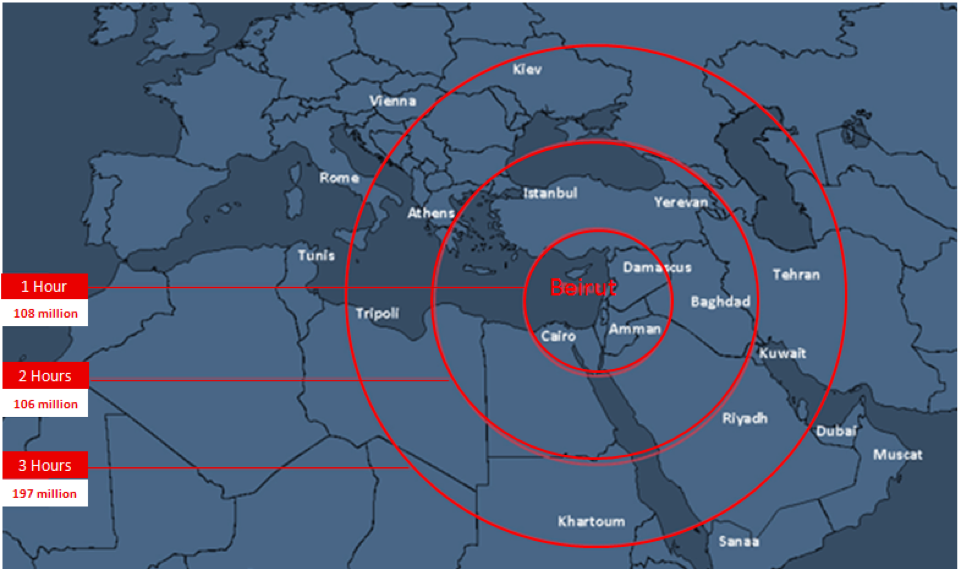 Start-ups fund to learn more about the Lebanese ecosystem